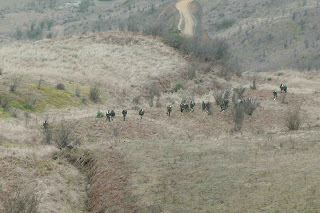 In the slow-moving historical chess game that underlies the Sino-Indian border dispute, last month saw an important public acknowledgement in Beijing of an important concession from London that kicked the legs out from under the McMahon Line, which India claims as the Sino-Indian border in Arunachal Pradesh. Chen Yanqi, a government-affiliated scholar, praised a major British policy shift that, in 2008, acknowledged Tibet as a part of China. In the China Daily of 18th June, Chen approvingly noted that London had “resolved the last remaining historical issue between China and Britain.”

Chen was referring to former British foreign secretary David Miliband’s repudiation of Britain’s longstanding policy that, since the Simla Convention of 1914, had conceded to China a “special position,” but not sovereignty over Tibet, which was “autonomous.” Miliband’s earthshaking withdrawal, posted so innocuously on the UK Foreign and Commonwealth Office (FCO) website that it remained unnoticed for a month, apologetically termed that position an “anachronism” based on “the outdated concept of suzerainty”, and declared that, “Like every other EU member state, and the United States, we regard Tibet as part of the People’s Republic of China.”

Miliband thus placed a glaring question mark over the legitimacy of the McMahon Line, which Lhasa and New Delhi had agreed upon at the Simla Convention in 1914. If Tibet was a part of China, Lhasa could not sign a treaty without Beijing’s explicit permission. Since 1914, China has termed the Simla Convention illegitimate.

This inexplicable concession gave Beijing breathing room in continuing its brutal crackdown on a stubborn Tibetan uprising in 2008 in Kham and Amdo, Tibetan-inhabited regions that Communist China had merged into the Chinese provinces of Sichuan, Gansu and Qinghai. It also allowed Beijing to scuttle an ongoing dialogue with the Dalai Lama, the legal and political cornerstone of which was Tibetan “autonomy”. But London’s focus was on the economic recession. Shortly before Miliband issued his statement, British Prime Minister, Gordon Brown had asked Beijing for money for the International Monetary Fund.

Tibet experts, like Robert Barnett of Columbia University, termed Miliband’s concession “China’s most significant achievement on Tibet since American support for Tibetan guerrillas was ended before Nixon’s visit to Beijing.” (The New York Times, 24th Nov 08, “Did Britain Just Sell Tibet?”). Worryingly, Barnett noted that Britain had just “discarded” the basis of India’s claim to a large chunk of territory in its northeast, including Tawang.

Miliband’s statement has drawn only silence from New Delhi. Beijing too has kept quiet, but for a different reason. China experts say that the Communist Party does not want the Chinese public to learn of an alternative history involving Tibetan autonomy and suzerainty. But Chen Yanqi broke that silence last month, apparently with Beijing’s blessings, rebuking those who had criticised London’s backward quickstep: “…there are still people who continue to see this late-coming decision as a major loss for Britain. These people need to give up their colonial mentality and imperialist arrogance.”

Chen was apparently referring to critics of Miliband’s statement, as well as to the UK’s current prime minister, David Cameron, who met the Dalai Lama in London in May, along with his deputy, Nick Clegg.

Speaking to Business Standard, Robert Barnett argues that India has a strong reason to question the UK’s turnaround. “I’m interested in seeing if India would ask Britain to publicly and formally clarify its statement on the Simla Agreement. The British have substantially weakened India’s position and claim on the boundary. Previous colonial powers need to be reminded that they have responsibilities when they discuss issues relating to successor powers when they are talking about historical relations.”

Barnett points out that the internal consultations that preceded Miliband’s “monumental policy shift” were limited and conducted at a very late stage. “I don’t think there was a policy review process and due consultations with legal and historical experts. This needs to be done,” he says.

India has taken a nuanced position on Tibet since the 1954 Panchsheel Agreement, recognising the Tibetan Autonomous Region as a part of the People’s Republic of China, while making no mention of Tibet’s pre-1949 status. The Miliband statement mentions “Tibet”, but also “the People’s Republic of China.” This leaves the door open for the British government to formally clarify that its recognises Tibet’s independence pre-1949.

The previous British position on Tibet was described in a policy statement of October 1995, which begins: "Successive British Governments have consistently regarded Tibet as autonomous, although we recognise the special position of the Chinese there. This remains our view. We have stressed to the Chinese authorities the need for fuller autonomy in Tibet. However, we do not regard independence for Tibet as a realistic option as Tibet has never been internationally recognised as an independent State, and no member of the UN regards Tibet as independent." ('Government Policy on Tibet', a Statement from the Foreign and Commonwealth Office, Oct. 1995)
Posted by Broadsword at 12:36

You must be commended for having brought to light the pathbreaking and from Indian point of view controversial statement of Milliband over Tibet.Surely,India must be aware of this change of policy by the British and have kept quiet because of its vast consequences with regard to the Macmohan Line. Hope someone raises the matter in Parliament as vast terrtories of our North Eastern States will be involved.

Either Miliband was breathtakingly ignorant and myopic or it was calculated - I suspect the former.

The Brits have bumbled and created havoc in almost all colonies they ruled and then left (apart from the white antipedeon ones). Most of these colonies are still picking up the pieces.

There was some mention in the press about Milibands statement earlier. But, as usual, we slept.. or ignored warning bells.

I think that the Chinese need to be commended for assiduously working towards ensuring their supreme national interests, legitimate or illegitimate , never suffer. They play for keeps, keeping the long term view.

We, unfortunately, simply ignore most strategic national issues keeping our blinders on.

Thanks for bringing this article to the forefront, hopefully someone in the corridors of power decides not to ignore it totally, if not act on it.

India should Never have recognized Tibet as a part & parcel of China.

This recognition actually negates our claim on Arunachal Pradesh and Aksai Chin, because these 2 territories were once part of sovereign Tibet !

As usual when controversial statements are made by foreign governments, in this case our former colonial masters, the Briish involving Indian sovereignty, our leaders especially the Foreign Affairs Ministry is asleep.Most of the northern boundary of India is marked by and based on the Macmohan Line.

If the British in their haste to please the Chinese for economic reasons can be so callous as to ascribe the boundary line in favour of the Chinese, it is tantamount to selling Indian territories to another without India's knowledge.

The British excel for their perfidy to most of their former colonies. Indian journalists worth their salt should expose such treachery and MPs should raise the matter in parliament.

If no action is taken by the GOI, others (British) can dictate their version of the boundary disputes involving India.

Col. Shukla, thanks for highlighting the above because most Indians would be unaware of such a controversial statement by the British.

If territorial issues were to be arbitrated based on Treaties alone, then World would have looked different. What Chinese, British or Indians think does not matter, what matters is what the Tibetans think. If Chinese keep muzzling Tibetan aspirations, someday it will blow-up in their face. So lets be objective here, India stands for freedom of expression at the minimum and independence to follow individual cultures. What does China offer? Golden cage with shackles? Its for Arunachal people to decide

Nobody cares about what the 'Unkill's @ss kisser thinks or says. cheers!

This is an interesting development but does it changes the Indian position. Are we still dependent on Britain for our claims and disputes.

Take a case suppose new British government agrees that Kashmir, Goa and Sikkim are not a part of India. so would India relinquish the claim.

Do any shift in the policy of the old power should matter now when they cease to be the power anymore.

I think we all should take a break from colonial past and look ahead.

None of these change the ground position. We have AP and they don't. Under no circumstances, India will give this position without a bitter fight.
Does it really matter what UK thinks about this?

The story may have been a little different if India had bought the Eurofighters from UK. India does not really have any leverage over England's policies instead of the huge diaspora there. They most likely did not even bother to talk to India before declaring their new policy online. On another note, the Brits have really gone down the drain as a nation and people. They can't win a quarterfinal in a major international football tournament, forget about Wimbledon glories, their economy plays fourth fiddle to Germany, France and Italy, they live through their past glories in constant denial of the present realities. And now, they have turned to begging the chinese and selling out whatever self-esteem they are left with. Even India is shocked beyond belief to see how low they have fallen!

The British are opportunists and engaged in their old ways of flaming up disputes between neighbours and taking control of the survivors in the aftermath..

Havent we learnt this lesson multitude times? Looks like India never learns its lesson and I was thinking the same thing when I read about a joint defence program on this same blog a few months back....

We dont need the British acknowledgement and we should probably acknowledge Argentina's claim over the Falklands at the same time.

Never expected it from our erstwhile British masters. But do have we to bother about a color changing chameleon. A weathercock has more value than Milliband.

Totally agree and well said....India decides it's boarders and so does Tibet. China claims everything just ask the phillipines, Japan, vietnam & even Mongolia. I think China has overplayed its hand and all those who say china is so strategic blah blah don't contemplate that the CCP has made the entire world cautious about there rise therefore blundrred

The only appropriate response should be Manmohan Singh declaring support for Scottish independence.