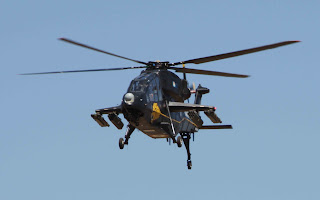 ON THE CARDS: INDIA’S HELICOPTER BUYS

The Indian Air Force (IAF) purchase of 126 Rafale fighters has made global headlines, and the Indo-Russian Fifth Generation Fighter Aircraft (FGFA) could be another jaw-dropper. But Indian military aviation could see an even more prominent growth area in helicopters, where the defence services are poised to induct well over a thousand rotary wing aircraft in the coming decade, the majority of them developed and built in the country.

Already on the anvil for the army, IAF, navy and coast guard are the following:

The IAF is inducting 139 Russian Mi-17 V-5 medium lift helicopters, for an estimated $2.4 billion. The workhorse Mi-17, which transports 26 soldiers in combat gear, or 4 tonnes of supplies to high altitude posts, has been in IAF service for decades, but the new-model V-5 is a vastly superior machine, with new engines, rotor blades and avionics. An IAF order for 80 Mi-17s is already being delivered, which is likely to be followed by an order for 59 more.

Fifteen American CH-47 Chinook heavy lift helicopters will be bought to replace the IAF’s Russian Mi-26 helicopters, of which just 3-4 remain serviceable. The Chinook, built by Boeing, has seen extensive combat, most recently in Iraq and Afghanistan. The IAF has evaluated the helicopter and is please with its avionics and power, which allows it to accurately deliver 50 fully equipped soldiers, or a payload of 12.7 tonnes, onto the roof of a house or the edge of a cliff.

The IAF has also completed trials for the purchase of 22 medium attack helicopters, and homed onto Boeing’s AH-64 Apache. Attack helicopters, which operate from close behind the forward troops, provide immediate fire support --- cannons, rockets and anti-tank missiles --- to soldiers that encounter the enemy, providing them a battle-winning advantage. Unlike most other countries, India has chosen not to use attack helicopters in counter insurgency operations for fear of collateral damage.

The IAF and army have also placed a Rs 7000 crore order for 159 Dhruv Mark III utility helicopters. These have been designed and built by Hindustan Aeronautics Ltd (HAL), which builds 36 Dhruvs each year. There is an estimated need for more than 350 Dhruvs for the army, IAF, coast guard and paramilitary forces.

The navy is buying an additional 50 light, twin-engine helicopters, most probably from Agusta Westland. The Dhruv does not meet its needs since its composite rotors cannot be folded up for stowing the helicopter in a warship’s tight confines.

In addition, the navy is procuring another 91 medium, multi-role helicopters to replace its vintage Sea King fleet, which flies from larger frigates and destroyers. A global tender is out for 16 helicopters, to which another 75 have been added.

Riding on the Dhruv’s success is HAL’s Rudra, a heavily armed version of the Dhruv, which carries a cannon, rocket pods, anti-tank missiles and a full suite of electronic warfare (EW) equipment. The army and the air force will buy 76 Rudras.

HAL is also developing the Light Combat Helicopter, of which 179 are on order (IAF 65; army 114). This 5.5 tonne light armed helicopter features the Shakti engine, the Dhruv’s dynamic components (main rotor, tail rotor, and the gearbox), and the weapons suite that is being developed on the Rudra. The LCH will be a high altitude virtuoso: taking off from Himalayan altitudes of 10,000 feet, firing guns and rockets up to 16,300 feet, and launching missiles at UAVs flying at over 21,000 feet.

The military’s other bulk requirement is for 384 light utility helicopters, or LUH’s, to replace the army and IAF’s obsolescent Cheetahs and Chetaks. This has been divided into two streams: 197 LuHs are being bought off-the-shelf through a global tender; and 187 LuHs are being developed and built in India by HAL. To ensure timely delivery, the MoD has specified target dates for HAL’s development milestones: building of a mock-up; the design freeze; the first flight; Initial Operational Clearance, and so on. Each time HAL misses a milestone its order reduces from 187.

Unlike the IAF’s fixed wing aircraft acquisition plan that focuses on foreign buys, its rotary wing plan leans towards indigenisation. This after a strategic assessment in the mid-1990s, when Ashok Baweja was HAL’s chairman, that indigenisation could be realistically pursued in the less challenging rotary wing field than in the cutting-edge realm of fighter aircraft.

This policy drew strength from the technological breakthroughs of the Dhruv helicopter and the Turbomeca-HAL Shakti engine. Both these were optimised for high altitude operations up to 20,000 feet, a unique feature in the Indian Army’s operating environment.

P Soundara Rajan, HAL’s helicopter chief, says the Bangalore-based division will ramp up turnover from the current 10% of HAL’s turnover to 25% a decade from now. Having taken 40 years to build its first 700 helicopters, which were basic second-generation machines, HAL aims at building another 700 fourth-generation within the next 15-20 years.

Good efforts by HAL. Hope they are successful.

china have verity of chopper and havy choppere but hal make only light light ,dhruv good chop but why HAL not upgrade for navy there foldable rotry wing it is not very big probem just like jet engine

HAL and MoD must ensure commercial success for all the DRDO developed products. Total lack of efforts to increase the manufacturing and export of such DRDO developed defensive weapon systems like helicopters (ALH Dhruvs); missiles (Nag, Aakash, Helina etc.); Radars, Naval vessels etc. appear to be influenced by foreign power and agents of MNCs. The threat of war will reduce globally if India starts exporting indigenously developed weapon systems.
Helicopter is a strong area for both HAL and India. HAL must augment its manufacturing capacity of ALH, Dhruvs to sixty per annum. There must be spare manufacturing capacity for the upcoming LCH. HAL must improve its export efforts and sell ALH to friendly and neighboring countries. Surprisingly, effort of HAL to export ALH, which is one of the best in its category, is totally lacking.
The development of LCH is very slow. More units of LCH need to participate in testing for early IOC/FOC. LCH is likely to shift the power balance with Pakistan in India’s favour. Please remember one of the main reasons of India’s supremacy in Siachen is ALH Dhruv. There was a plan to develop a Medium Capacity Helicopter. Successful development of this helicopter will make India one of the leaders in Helicopter technology and production. HAL must be privatized partially to improve its efficiency and sells.

Dear Sir,
Will we will be able to see our legendary CHETAKS/ Cheetas in sky; or they will be phased out?

The primary purpose of the Urban Aero Systems is to introduce cutting-edge aerospace technologies, while having its own modern infrastructure, with an experienced team in Aviation
Inflatable Boats in India
Helipads in Mumbai
Fec Heliports
Helipad Dimensions
Helipad Design