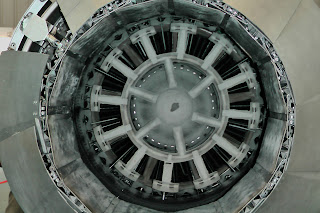 The defence ministry (MoD) is waiting for a suitable moment to promulgate a new round of revisions to the defence offset guidelines. Several changes were finalised back in April, but an announcement has been stalled by disagreement over a crucial question: who in the MoD should handle offsets? Some officials argue that offsets should be under the Acquisitions Wing, the MoD’s nodal point for all procurement, since offsets are a part of procurement too. Others say that the Department of Defence Production (DDP) must oversee offsets, which are designed to stimulate domestic defence production.

For the uninitiated, the MoD’s offset policy is a form of counter-trade, which compels global vendors who win Indian defence contracts worth Rs 300 crore or more to source 30% of the contract value from Indian defence industry, or invest an equivalent amount into Indian R&D. Since 2011, offset liabilities can also be discharged in the fields of civil aerospace and internal security.

This question of responsibility remains unsettled even after six years of desultory internal debate. With Defence Minister AK Antony keen on releasing a single comprehensive revision to the offset guidelines, even the policy amendments that enjoy broad-based support are on hold. These are: permitting transfer of technology (ToT) as offsets; allowing credit multipliers of up to 300% for specified technologies that vendors transfer to the Defence R&D Organisation (DRDO); extending by two years the period within which vendors must discharge offset obligations; and extending the validity of banked offset credits to seven years (it was earlier two years).

Also in the pipeline is a vital piece of clarity that Broadsword has long argued for: an explicit enunciation of the objectives of the defence offset policy. I hear that the MoD will announce a threefold objective “to leverage capital acquisitions to develop Indian defence industry by (i) fostering development of internationally competitive enterprises, (ii) augmenting capacity for Research, Design and Development related to defence products and services and (iii) encourage development of synergistic sectors like civil aerospace and internal security.”

Such a clear aim --- “to develop Indian defence industry” --- is crucial. It is the absence of such clarity that has facilitated a raft of misdirected and perverse offset contracts for VVIP helicopters; Mi-17V5 helicopters; MiG-29 fighters upgrade; fleet tanker; C-130J Super Hercules aircraft; and the Low Level Transportable Radar that are listed in today’s Business Standard. None of those offsets develop Indian defence industry in any way. Instead they are cozy arrangements between our military and the vendor, which pay lip service to offsets while quickly handing the former its toys and the latter its inflated profits.

As important as a clear aim is the need to thrust upon the DDP a major role in implementing offsets. As perceptive observers note, the Acquisitions Wing focuses on timely procurement, with no mandate or mind space for developing indigenous defence industry. Even with an honest director, the Acquisitions Wing is institutionally geared to view offsets as a hurdle to procurement, a box that must be ticked before the contract is signed. With an equipment-hungry army and air force backing token offsets (such as “donations” of training simulators by the vendor), the Acquisitions Wing sees no moral conflict in disregarding indigenous defence industry.

Convenient arguments are also marshaled by foreign vendors who tell the Acquisitions Wing that India’s domestic defence industry is incapable of absorbing the deluge of offsets that lies ahead! This despite the fact that India exported over $60 billion (Rs 3,40,000 crore) worth of engineered goods last year to the US alone.

Even assuming (for the sake of argument) that Indian manufacturing industry was incapable of producing defence-standard equipment, it is the vendor’s responsibility to identify and develop local partners, handhold them in developing their production techniques, and eventually integrate them into his own global supply chain.

That having been said, it is equally essential for the currently toothless DOFA (or Defence Offset Facilitation Agency, a DDP department that is tasked to connect vendors with Indian industry) to become more proactive. DOFA must map the indigenous defence industry, updating its data regularly, and presenting overseas vendors with an indigenous capability matrix that would facilitate them in choosing an Indian Offset Partner (IOP).

Ideally, a more pro-active and less paranoid MoD would be actively connecting indigenous private defence companies, particularly SMEs, with foreign technology partners in order to develop them through offsets into high-tech powerhouses. But, in the climate of caution and apprehension that characterises the Antony MoD this might seem like a rash invitation to a CBI tea party. However, this is what the DDP does, 365 days a year, for its defence PSUs. All that is needed is the realization that all defence producers, from both the public and private sectors, fall under the DDP.
Posted by Broadsword at 08:24

can you please do a piece on the KAVERI ENGINE FAILURE... i don't think you understand the seriousness of this implication.. you are letting DRDO slide with wasting all that money.. its funny who DRDO quickly change the topic by stating its planning an unmanned bomber with a engine that is not complete.. how will the IAF become indigenous when most future project are threatened AMCA, TEJAS MK2, FUTURE UCAV .. they are just making people have false sense of security.
I M GOING TO POST THIS TO ALL RECENT ARTICLES UNTIL YOU REPLY TO M.. sorry