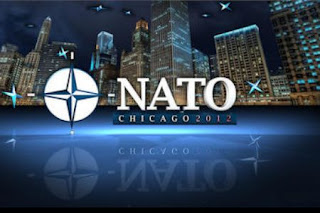 On Sunday and Monday, at a keenly-watched meeting in Chicago, NATO leaders will argue over who should pay the US $4.1 billion bill for the Afghan National Security Forces (ANSF) after the pull-out of foreign troops by end-2014 leaves Afghan security largely in the hands of Afghans.

Currently, a NATO-led International Security Assistance Force (ISAF) oversees Afghan security, along with US military forces that operate independently of ISAF. Starting from 2015, an Afghan National Army (ANA) and Afghan National Police (ANP), numbering some 352,000 troopers, would assume full responsibility for security. Their numbers would be reduced incrementally to 228,000 by 2017.

NATO has assessed that Kabul would require about US $4.1 billion annually for maintaining this force. High-level Washington sources say the US is trying to peg its contribution to $2 billion; NATO countries could contribute another $1 billion; the Afghan budget would pay for about $500 million; leaving a $600 million gap that must be filled in Chicago.

So far, NATO countries have been less than forthcoming. Germany has pledged $193 million annually; the UK has offered $110 million per year; and non-NATO member, Australia, will pay $100 million per year for the next three years. Over several years now, NATO members have regularly failed to meet their financial commitments towards ANSF training.

Afghan authorities are pressing Washington to fill the budget gaps. Afghanistan’s deputy foreign minister, Jawed Ludin, pointed out at a press briefing in Kabul this week that, “The $4.1bn is the cost not of 352,000 [soldiers and police] but of the reduced size, which is 228,000. The United States will be paying for the extra soldiers that will be needed between 2014 to 2017.”

Washington faces difficulties in allocating more money, given the depth of anti-war sentiment that is playing out in Chicago, where busloads of demonstrators are arriving to protest the war. The US has lost almost 2000 soldiers during a decade of war in Afghanistan. Another 4,500 US citizens lost their lives in Iraq.

The US draw down from Afghanistan plays out in the strategic backdrop of the US “pivot to Asia,” presented by President Obama in January. “We’re turning the page on a decade of war,” Obama had said, announcing that the US would turn away from Europe and West Asia towards “the arc extending from the Western Pacific and East Asia into the Indian Ocean region and South Asia.”

However, Washington is negotiating an arrangement with Kabul that could allow for a residual footprint of some 25,000 to 30,000 US troops in garrisons in Afghanistan that would focus on “counter-terrorist operations,” a euphemism for drone strikes against radical jehadi forces.

On Sunday, Afghan president Hamid Karzai will hold one-on-one talks with Obama in Chicago. There is no meeting scheduled between Obama and Pakistan’s president Asif Zardari, but his attendance suggests a cooling of tensions between Washington and Islamabad. Pakistan has blocked the move of US logistic supplies through the country after at least 24 Pakistani soldiers were killed in a NATO air strike on their border check post last November. Seen as a key player in any solution in Afghanistan, Pakistan is believed to have been lured to Chicago with the promise of $1 billion in released grants and an estimated $1 million per day in transit fees for the move of supplies into Afghanistan.

NATO last met in the US in 1999, two years before Al Qaeda terrorists brought down the World Trade Centre twin towers, triggering the war in Afghanistan. The 9/11 attacks led NATO member countries to invoke, for the first time ever, the common defence provisions of the North Atlantic Treaty of 1949. This mandates that an attack on one member country will be regarded as an attack on all of them.
Posted by Broadsword at 21:45

It all will depend upon what USA does to Iran. If anything positive turns out, then supply route to Afghanistan will pass through Iran and Pakistan will be left in a lurch. The US money and help being given now to Pak will be diverted to Afghanistan to make the things easier.

Dear Ajay Sir, Why can't India be a contributor to peace keeping force in Afghanistan.
This deployment may help create a positive environment for Indian business, trade and cultural relationship with Afghan. It will a be good tamer as well to Pak and China. The cost of deployment shall be borne by US and allies. We shall not go there to occupy that land, but to disarm milita and restore peace. Strategically it will be also good for India.

We afghans would love to have indians soldiers in afghanistan. Our soil needs to be enriched with Hindu blood.

As we find ourselves in times of extreme challenge remember someone out there has had bigger challenges and have overcome them. This story from WWII is awe inspiring and a challenge to overcome anything in the face of overwelming odds. A B17 aircrew that collided with a German fighter in Africa was so severly damaged as to be incredible that it was still in the air after the collision. This B17 survival story is incredible. Read it pass it on use it next time you are challenged by life and circumstance...