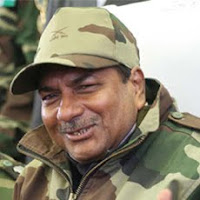 India's defence minister, AK Antony has bowed to public sector unions. Industry bodies plan to take up cudgels
By Ajai Shukla
Business Standard, 11th Feb 2010
The MoD has decided to retain decades-old barriers against allowing India’s private sector a meaningful role in defence production. Minister of State for Defence Production, MM Pallam Raju has revealed that the MoD has scrapped its plan to nominate leading defence players from the private sector as Raksha Udyog Ratnas (RuRs), or Champions of Defence Industry, thus granting them the same status as Defence Public Sector Undertakings (DPSUs) and Ordnance Factories (OFs).
The highly-regarded Vijay Kelkar Committee on Private Sector Participation in Defence Sector had recommended in 2005 that selected private sector companies should be permitted to build major defence platforms like tanks, aircraft and ships, effectively allowing them into an inner circle that had been reserved since independence for DPSUs and OFs. In June 2007, the MoD-appointed Prabir Sengupta Committee finished examining more than 40 private sector applicants and recommended about 15 of them for RuR status.
Nothing has been heard of that report since then, and Business Standard can now confirm the burial of that proposal. Pallam Raju has told Business Standard that small private sector companies, which would have been ineligible for RuR status, opposed this initiative.
The MoS said, “I don’t want to give any details, since my minister has not spoken on this issue yet. But this idea was opposed by small companies who don’t have deep pockets, but have vertical capabilities. They protested and said why should we be discriminated against when we have better capabilities. Taking their views into consideration, better wisdom prevailed. We (the MoD) said, why should we discriminate? We should let everybody have an equal opportunity; why should we give preferential treatment to the big players?”
MoD sources, however, suggest that this decision was prompted less by opposition from private sector companies and more by pressure from the DPSU trade unions, which feared job losses from business flowing to private sector companies. So far, Defence Minister Antony had promised that he would reassure the DPSU trade unions that there was business enough for everybody.
A key benefit to RuRs would have been the reimbursement by the MoD for 80% of the R&D expenses they incurred on nominated weapons systems. Pallam Raju points out, “Now that’s open to everybody… not just RuRs. That offer is open whether it is a small company or a large company. We are just waiting for people to come forward. We will fund 80% of the development cost, [provided] we believe that there is a future in the proposal that they are bringing to the table.”
The MoD also argues that the recent amendment to the Defence Procurement Procedure of 2008 (DPP-2008), which has created a new procurement category of “Buy and Make (Indian)”, has obviated the need for RuRs. This category allows a private company to lead the development of a weapons platform, by integrating its various components, including a high percentage procured from abroad.
But the private sector is closing ranks against the scrapping of RuRs, which many private companies have become aware of in their conversations with the MoD. Business Standard has learned that all three industry bodies, CII, FICCI and ASSOCHAM, are approaching the MoD to point out that the tax and excise benefits that DPSUs and OFs enjoy, continue to make it an uphill playing field for the private sector. Nominating selected RuRs would entitle them to those benefits.
DPSUs, OFBs and other MoD entities like the DRDO have been granted total exemption from excise and enjoy favourable treatment in the payment of customs duty for materials, sub-systems and systems that they import. Private companies do not benefit from these exemptions.
Posted by Broadsword at 08:55

My father is the not so proud owner of a .22 from OFB, the diwali firecracker gun i got for my niece had better manufacturing quality and finishing than my dads little gun.

Brightest manpower be it Engineers or Managers can be attracted by large groups because of their established names. But how will small companies with unheard names attract top-notch PhD either local or overseas trained???

Sourcing from too many vendors is a quality control nightmare. That's why Bajaj in the automotive industry reduced the number of suppliers.

We do not need to close doors for anyone Big or Small. But bear in mind that attracting private sector in defense was raised because they can better attract and retain smart manpower than PSUs. If they are too small companies then the purpose would be defeated.

The hangover of the illusions of of socialism and swadeshi continues to haunt the MoD. I hope this decision is not final but it's open to more debate and discussion

lets hope better sense prevails
where the security and preparedness of our armed forces r given top priority rather than squabbling over capability and preference.

"The State-owned Pearl River Optoelectronic Group in Chengdu declared bankruptcy after the PLA switched its Type 88 (QBU 88) marksman rifle from the standard 3-9x40mm scope to the improved 6-24x44mm scope from a private company in Guangzhou China. The building has been torn down to make way for a new high-end residential/commercial complex at the heart of downtown Chongqing."

Its quite pathetic that a communist nation is doing this while a democracy is figuring out new ways to keep socialism alive.

Thats both strange and surprising. As it bares the truth that MoD doesnt have much of a concrete plan or strategy for developing private sector capabilities in India.

Historically, even industries which required far less technological edge, capital investment and financial risk have been developed through the same route of hand helding by their governments. From Japanese Keiretsu to South Korean Chaebols- this strategy has been the most succesful way for countries developing world class capabilities in a short span of time, especially when resources were scarce.

The excuse that RuR's were scrapped due to opposition from smaller private companies seems rubbish.

But what sounds a bit out of place is the opposition from DPSUs employee unions. Wasn't private sector participation intented for increasing the pie, rather than dividing it? So why is the opposition all about? If anybody should oppose it, its the russians and the israelis.

deep.blue, that is the power of democracy. You can't go against the wishes of people (though they exist few in numbers)

"But how will small companies with unheard names attract top-notch PhD either local or overseas trained?"

Treat them as partners, not as mere employees. Promise them 2% of the company when it goes IPO. That's how startups thrive.

Way back in history Nehru has done some similar stupid things. Even he was not interested in producing any arms in INDIA. And that why we lost war of 62 with China. Its truely Ministry of Deaf. And now blind also. I think small firms can not pay some good things to MOD. Why don't they make a public web site where they disclose everything related to defense in INDIA ? all the deals ?

There is nothing wrong with Swadeshi or socialism. Entire Europe is socialist practically nowadays.

This is about CAPABILITY OF SMALL GROUPS. And yes, there should be no place for unions in defence manufacturing.