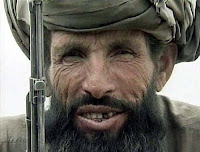 Business Standard
12th February 2008
Being forced out of a country by the enemy, like India was from Afghanistan in 1996, when Taliban fighters encircled Kabul, is always a foreign policy nightmare. Just twelve years on, another evacuation from Afghanistan no longer seems impossible.
On Saturday, Washington sent out a warning that reeked of mission failure. After six years of counter-terrorism operations, a senior Bush official categorically stated that the top leaders of the Taliban’s shura (council), including Mullah Omar, were living in Quetta in Pakistan; the Al Qaeda leadership, including Osama bin Laden and Ayman al-Zawahiri, said the official, are living in the North West Frontier Province (NWFP).
Washington’s frankness was not directed at Pakistan alone; it was timed with the annual Munich Conference of the 26-country North Atlantic Treaty Organisation (NATO), where the US unsuccessfully prodded reluctant NATO countries to send troops into combat in southern Afghanistan. The combined armies of NATO number more than two million men in arms, but the alliance can barely muster up 26,000 soldiers in southern Afghanistan. Other than four countries --- the US, UK, Canada and Holland --- the other NATO members are willing to send troops only to the relatively peaceful north of the country. The rift is growing bitter; on Sunday, US Defence Secretary Robert Gates called NATO’s very future into question, saying it could not continue as a two-tiered alliance of countries that fought and others that did not.
But Europe is unmoved, and the reason is two-fold. Firstly, there is the mistaken belief that global policeman, America, will continue to fight the difficult battles. And secondly, there is an understandable reluctance to get embroiled in Afghanistan, where the seemingly simple issues of relief and stabilisation have been complicated by local and regional power dynamics that outsiders simply cannot influence.
Take for example the difficult debate amongst Pakistan’s policymakers between those who see no option but to fight the Taliban in the areas bordering Afghanistan, and those who advocate making peace with them. Islamabad is caught in the cleft stick between getting into a bloody counter-insurgency war on the side of the unpopular Americans, on the one hand, or surrendering the tribal areas to self-avowed fundamentalists on the other.
Until last week, Islamabad was fighting the good fight. But on Thursday, the Pakistani Army signed a cease-fire with Taliban commander Beitullah Mehsud, the man who proudly claims to control an army of suicide bombers and who Islamabad itself blames for the murder of Benazir Bhutto.
The ceasefire has immediately de-escalated the fighting in Pakistan’s NWFP. That is good news for the Pakistan Army, but even better news for Afghan Taliban commanders who rely on safe havens on the Pakistani side of the border for manpower and provisions. The Afghan Taliban will gain strength and sustenance from this cease-fire; the cease-fire in North Waziristan in 2006 allowed them to launch their fiercest ever offensives in Afghanistan that year. These complex regional interlinkages make most European countries reluctant to risk their soldiers’ lives in such a shifting and uncertain battlefield.
Bonn and Paris have also noted that regional powers like India, with a far more direct stake in Afghanistan, have steadfastly refused to join the fight. India has committed close to three quarters of a billion dollars in the carefully considered reconstruction of that ravaged country. But NATO’s more cautious members would have noticed that India’s National Security Advisor, MK Narayanan, who addressed the Munich Conference on Sunday, spoke about the interconnect between Al Qaeda and terrorist outfits that target India --- the Lashkar-e-Toiba, the Jaish-e-Mohammad, the Harkat-ul-Jehad-e-Islami --- but not about sending troops to Afghanistan.
Today, New Delhi is already facing up to the possibility that Afghanistan could fall to the Taliban and, like in the late 1990s, it may have to close its embassy and pull Indian nationals out of that country. Senior foreign ministry officials have already begun totting up the gains and losses of the last six years in Afghanistan. One of the gains they focus on is the building of strong linkages with the Pashtun community, and even with the more moderate elements within the Taliban. New Delhi’s flow of aid has won many friends within a country that is naturally well disposed to India. But the well understood bottom-line remains: India will evacuate from Afghanistan rather than get embroiled in battle there.
Like most members of NATO, India prefers to fight terrorism at home, rather than the go-out-and-get-‘em approach that America has followed. This despite signals from extremist networks that a jehadi victory in Afghanistan would translate into a stepped up jehad in J&K. Former ISI chief, Lt General Hamid Gul, one of the architects of the Kashmir insurgency has called for a renewed push in Kashmir, which, he says, will be possible after the US leaves Afghanistan.
But for now, the US stands fast and India benefits daily from that presence. History will mock one of George W Bush’s most ill-judged speeches, when he declared victory in Iraq from the flight deck of the aircraft carrier, USS Abraham Lincoln, on 1st May 2003. Later in that speech, in a statement that has already been forgotten, Bush said, “Other nations in history have fought in foreign lands and remained to occupy and exploit. Americans, following a battle, want nothing more than to return home.”
India is not the only country that secretly hopes that America stays on for now in Afghanistan.
Posted by Broadsword at 12:38